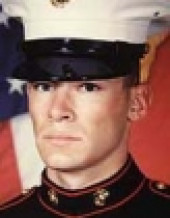 By Suzanne Hoholik / The Columbus Dispatch… 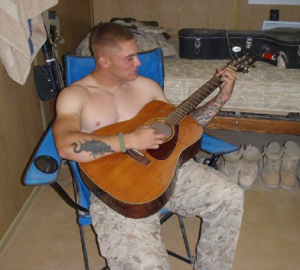 …A graduate of West High School, he was the only child of Rick and Nancy Balthaser. His parents were told of his death Saturday.
Balthaser loved his family, his girlfriend and his friends. He had a “heck of a sense of humor and could make anyone laugh,” his father said. “He was pretty fun to be around,” his mother said.
About 10 to 15 of his high-school friends stopped by their Westgate house yesterday to share stories about Jesse. “We learned a lot we didn’t know,” Mrs. Balthaser said, laughing. Family friend Janet Fleming had known Balthaser since he was in third grade. She said he was a spunky kid who questioned authority. “He really had a tender heart,” she said. “He was tough, but sweet. “And when he came home, I always got big hugs.” …
(Erin) McSweeney, who is due to have their daughter, Reagan Michael, on Dec. 26, met Balthaser in high school. She frequently spoke with him over the phone and communicated with him through Facebook while he was deployed. “He was the one that made it seem that it was going to be OK and was so happy to come home and have his little girl,” McSweeney said.
Balthaser was scheduled to finish this tour and return home in early November.