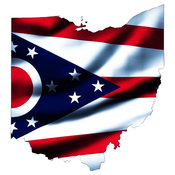 News every hour Monday through Sunday

A 65-year-old Zanesville man, with four previous OVI arrests, has once again been arrested for allegedly driving impaired. According to the Zanesville Post of the State Patrol, Monday, Raymond Winland Sr., was traveling on Dietz Road near Russell Drive, when he apparently went left of center and struck another vehicle. No serious injuries were reported. During the course of the investigation, troopers determined Winland had been drinking. Charges have been filed with the Muskingum County Prosecutor’s Office.

Two people are facing charges following a chase in western Licking County. According to the Pataskala Police Department, during the early morning hours on Thursday Sept. 22 officers attempted to stop a pickup truck with stolen license plates. The driver took off and eventually drove into the median on Interstate 270 south. The suspects then led police a foot chase and were apprehended shortly thereafter. Following a search of the truck officers found drugs, a gun and a large amount of cash. The names of the suspects has not been released.

A 57-year-old Newark man accused of engaging in sex acts with a minor was recently back in a Licking County courtroom. Robert Selbe entered not guilty pleas to a host of charges including rape and unlawful sexual conduct with a minor. Selbe remains held on $250,000 bond. He is scheduled to go to trial in late November.

Licking County Commissioner Tim Bubb said Wells will serve as Interim Prosecutor until the Licking County Republican Party Central Committee appoints someone to complete Hayes' term which ends Dec. 31, 2024. The committee is expected to make the appointment by the end of October.

Tomorrow, the Newark Downtown Association will host its last Final Friday event around the Courthouse Square.

In August, the Energy Cooperative’s Operation Round Up Foundation awarded almost $41,000 to several community organizations. Among those to receive funding are – American Legion Post 92 in Utica, Mental Health America, and the Salvation Army.

KOOL 101.7 / Buckeye Country 107.7 / 790 WHTH bring you the best in local news! Our experienced, talented news staff gets you the most accurate news in Central Ohio! We also use SRN to keep you updated on national events! We use weather from the National Weather Service! For the best local news, turn to KOOL 101.7 / Buckeye Country 107.7 / 790 WHTH!