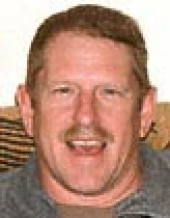 Chief Warrant Officer Brian Van Dusen, 39, originally from Columbus, Ohio, died while performing the kind of mission that was his reason for joining the Army, his brother said. “He believed in saving lives, not taking them,” David Van Dusen said. Brian Van Dusen was killed May 9, 2003, when his Black Hawk air medical helicopter snagged a power wire across the Tigris River as it took off during the rescue of a wounded Iraqi child, and flipped over and into the water. The child was in another helicopter and was flown to safety. He had been living in Colorado Springs, Colo., with his wife, 6-year-old daughter and 2-year-old son. Brian Van Dusen had been flying military helicopters for 19 years. His brother David said he last spoke to Brian on the day he shipped out from Fort Carson, Colo. The two were making plans for an annual deer hunting trip in December. “You just can’t take anything for granted,” David Van Dusen said. “I’m going to miss him. He was a good brother and a great father.”
– Associate Press