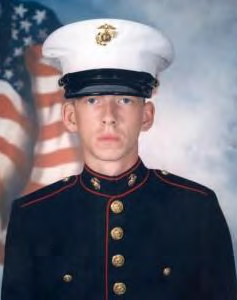 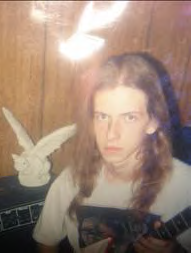 As befitting a distant cousin of Harry Truman, Richard A. Gilbert Jr. dreamed of one day becoming president. “He was a natural-born politician,” joked his mother, Helen Gilbert. “When you asked him a question, he’d talk for a half-hour and never give you an answer.” Gilbert, 26, of Montgomery, Ohio, died Jan. 26 in a helicopter crash near Rutbah. He was stationed at Marine Corps Base Hawaii. Gilbert quit high school before graduation, but got a GED and enrolled in Sinclair Community College as a political science major. He enlisted in the Marines soon after the 2001 terrorist attacks. His mother said after his return from Iraq he planned to run as a Republican for Dayton City Commission as a first step in a political career that he hoped would take him to Washington. His father, Vietnam veteran Richard Gilbert Sr., said his son once wrote a school essay that called his father his hero. “Turning that around, he was my hero and he was the bravest person I ever met,” he said. “He was a straight-headed kid and very intelligent. I just can’t believe he’s gone.” 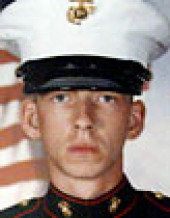 Cpl. Richard Gilbert Jr. had just one more week to serve in Iraq before he could return home to Ohio.
After that he planned to visit his father’s home in DeLand for the first time.
But on Wednesday, Gilbert’s family learned the 26-year-old Marine was among the 31 U.S. servicemen killed when their helicopter crashed in a desert sandstorm in Iraq.