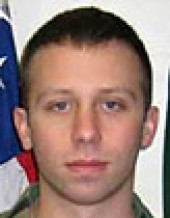 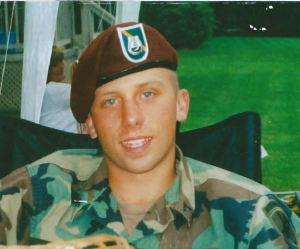 Sgt. Adam L. Knox, 21, of Columbus, Ohio, died on Sept. 17, 2006, in Baghdad, Iraq, of injuries suffered when his patrol encountered enemy forces using small arms fire during combat operations.
Knox was assigned to the Army Reserve 346th Psychological Operations Company, Columbus, Ohio.
Knox sacrificed his life so others could have a chance at freedom, said Maj. Gen. Herbert Shuler, who commands the Army’s Psychological Operations and Civil Affairs.
“Every generation has its heroes,” he said Wednesday. “Adam Knox is a hero for his generation.”
The native of the Columbus suburb of Hilliard joined the Army in 2003 after he graduated from Westland High School.
His fellow soldiers said he was a man’s man who planned to box everyone on his team until he could beat them, Shuler said.
Knox’s friends said he loved the company’s mission of winning over the hearts and minds of Iraqis. Before he died, he told his friends he would have a few weeks of dangerous duty in Baghdad, then it would get a little easier.