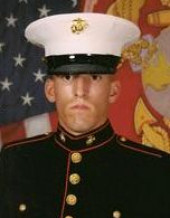 Information from: The Chronicle-Telegram… 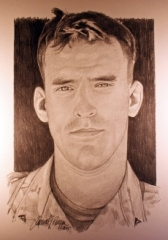 That wound — of losing his only son, of having to tell his daughter that her little brother was not coming back — went to the bone. But in the nearly seven years since his son died, Giese has found a salve of sorts in the signs he believes his son is sending him.

There’s a reason Marines say “once a Marine, always a Marine.” The camaraderie doesn’t end on the battlefield; it doesn’t end at deployment or retirement. Semper fi — from the Latin “semper fidelis,” always faithful — extends over lifetimes, even over generations, any Marine will tell you.

And it certainly doesn’t end at death.
___

“Six and a half years. Can you imagine finding a dog tag in the middle of the desert and it’s my son’s?”
Larry Giese can’t quite get over the package he received in the mail on June 14, sent by a stranger.