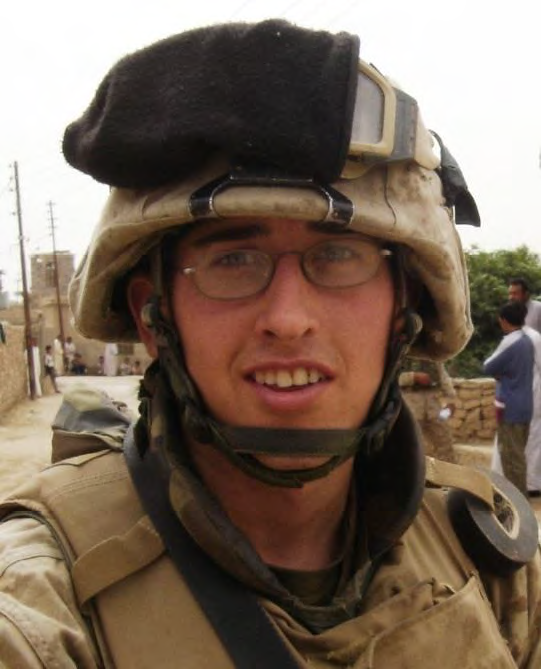 Aaron H. Reed was many things to many people. He was the boy who never gave up on the track team. He was the one who taught his friend how to drive a standard truck. A man that friends said would make a great father someday. All who knew him recalled his smile and his laugh. They remembered when he laughed he would push his glasses up. Nearly every photo of Reed, with the exception of his military picture, shows his trademark grin.
“He was always somebody who could make you smile,” said Billie Baxter, a friend. “And he was always really talkative.”
Reed, 21, of Chillicothe, Ohio, died Aug. 3 when his vehicle was hit by an explosive south of Hadithah. He was stationed at Columbus.
Reed, a 2001 high school graduate, was a popular student who ran on the track and cross country teams and was senior class president.
“He was a great cook,” recalled friend Abbey Coates.
“Especially breakfast — eggs, bacon, sausage and gravy, biscuits, and he used garlic in everything. Then he left his mess for us to clean up,” she said with a laugh.