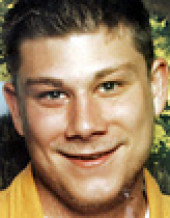 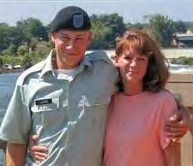 LUCAS Spc. Jason A. Lucas, age 24, of London, was killed October 13, 2006 in Kandahar, Afghanistan, while bravely serving in the U.S. Army. He was born November 1, 1981 in Mt. Carmel West Hospital, Columbus. Jason was a past employee of the Wal-Mart Distribution Center in Grove City and Mowery’s Collision Shop of Columbus; was a graduate of London High School; he excelled at baseball, bowling, golf and hunting. Jason was a loving husband, father and son; he was affectionately known as Smiley by many of his friends; he loved to reminisce about family and past experiences of his life; he loved his sons greatly and spent as much time as possible with them. Jason was loved by many, many people too numerous to mention. Survivors include his loving wife, Monica, married July 7, 2002; sons, Zausten and Ethan; father, Bill (Beth) Lucas; mother, Beth Driscoll; grandmother, Marietta Grogg Griffin; sister, Samantha Driscoll, all of Columbus; aunts, uncles, cousins and many, many friends.