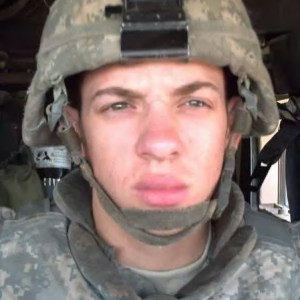 Kyle Phillip Norris, 22, was struck by a roadside bomb on Thursday in Iskandariyah, a town 30 miles south of Baghdad, and died later in a hospital in Iraq, his brother Michael Norris said. Family members in this village about 90 miles east of Columbus were notified of his death Friday.
“He wanted to protect his country,” his brother, 27, said. “He wanted to protect freedom for his family and his friends.”
Kyle Norris also loved to spend time with friends, whether it was playing video games or playing a game of paint ball.
Michael Norris said his brother attended Muskingum Christian Academy in Zanesville for several years and was also home-schooled. He joined the Army three years ago, arrived in Iraq in October and was recently promoted to specialist, his brother said.
Norris said his brother wanted to do what he could for his fellow soldiers.
“If he was sick and they told him to take it easy for a few days, he wouldn’t sit back,” Norris said. “He wanted to be out there with everyone.”
Norris last spoke to his brother on the morning of May 21 and said their mother spoke to him that evening. He was due to return home on leave at the end of July and was planning to propose to his girlfriend, his brother said.
He had hoped to join the Ohio State Highway Patrol after finishing his Army service, Norris said…
“He was doing what he loved to do,” his brother said. “He said he was loving it.”