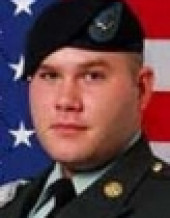 “He found that to be not so,” Hale said. “The love from our family invited him in as if he was part of the family.”
Another member of his extended family, Sgt. 1st Class Sean Conwell, said the two had a close bond and learned from each other. As “empty and disappointed” as he said he 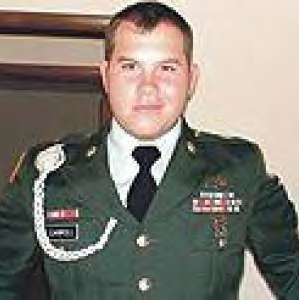 was about the loss, Conwell said his memory of Carroll cannot be taken away.
“I’m grateful for the time I’ve had with him, and I can’t help but think I am  responsible in some small part for the magnanimous person he had become,” he said.

Conwell continued his emotional reflections by telling the audience that memories of Carroll will carry on, and his influence touched a lot of people.
He said Carroll’s death was “not senseless or without purpose.”
“Although the circumstances of the events are tragic, Patrick’s memory will be carried on by his family and brothers in arms,” Conwell said. “His name will be written in the history as one of those heroes brave enough to die for the ideal of freedom.”…