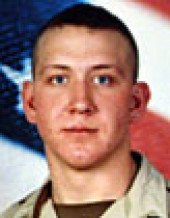 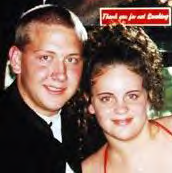 …Sgt. Charles Joseph Webb, 22, of Hamilton, died Tuesday, his sister-in-law, Vanessa Foreman, said Wednesday. He had joined the Army shortly after graduating from Hamilton High School in June 2000.
“He signed up for the military to be able to go to college because he wanted to become a teacher,” she said….
“It’s been rough,” Barbara Webb, the soldier’s mother, said. “He was our youngest child, our only son.”
Webb’s sister, Teresa, said military authorities notified their mother of the death Wednesday morning. She said her brother was born in San Antonio, but the family moved to Hamilton when he was in the 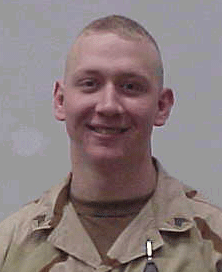