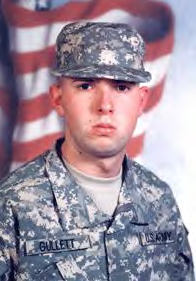 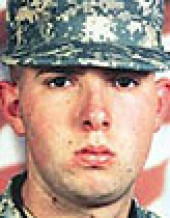 Benjamin Gullett said that when his brother, Zachary R. Gullett, entered the military, his family feared kindhearted Zachary would be changed, either by the military, or by the experience of war. They needn”t have worried. “Though he was grown up, and he came back a man, he was still Zachary,” Benjamin Gullett said. “He was changed, but not different.” Gullett, 20, of Hillsboro, Ohio, collapsed while exercising May 1 in Baghdad. He was assigned to Fort Carson. “He was a great, goofy kid,” Benjamin Gullett said of his young brother, who was involved in football, choir, drama and the band in school. “And I can”t think of a better way to describe him.” He graduated high school in 2004, enrolled at Southern State Community College in Ohio, and attended the Ohio Police Academy at Ohio University. He volunteered with the Highland County Sheriff”s Department and the neighboring community of New Vienna. Gullett, known for his love of Kentucky Fried Chicken, graduated from police academy when he was 19, but he had to wait until he was 21 to become a police officer…