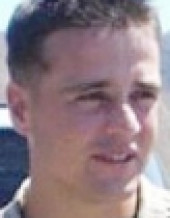 …”Knowing that Derek passed away the day before his son was born, that’s sad,” said Master Sgt. John MacLean, who was Wyatt’s 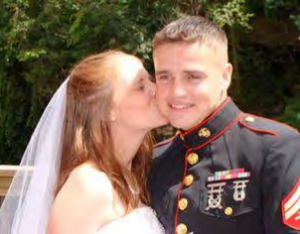 ROTC Marine instructor at East High School in Akron. Wyatt graduated from the school in 2004.
The day before Wyatt was deployed to Afghanistan last October, he spent time on a California beach with his pregnant wife, who is a Marine veteran.
They picked a name for their child and on the beach they wrote, “Derek + Kait = Michael.”
Wyatt’s friends said they’ll remember Derek as a man who was always there for them. Now, those friends say they’ll be there for Michael. He will never meet his dad, but he will always know him.
“Let Michael know that his father was something amazing. Try to tell stories and give memories to Michael that will hopefully stick with him for the rest of his life,” said Stephen Price, Wyatt’s close friend…