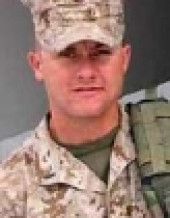 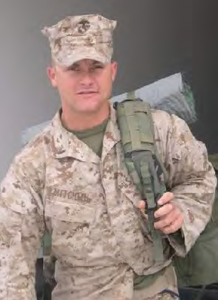 LOVELAND – David “Seth” Mitchell was known as “Mr. Personality” when he was president of the senior Class of 1997 at Loveland High School.
Even then the student council member, varsity football player and track runner dreamed of serving in the United States military, friends said Tuesday night at a prayer vigil held in his honor.
“I remember he didn’t want to take anyone’s life,” said friend and former teammate Nick Jackson. “He was thinking about this as a sophomore — he was so thoughtful but he felt such a duty to serve.”
Assistant Athletic Director Kevin Taylor said everybody got along with Mitchell.
“I don’t know that he had an enemy,” Taylor said.
But he did: terrorism.
Mitchell, a Cobra helicopter pilot for the Marine Corps, died Monday trying to defeat it in Afghanistan. He was 30…