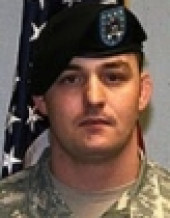 Shannon Smith was an avid fan of the Ohio State Buckeyes who loved the outdoors. He enjoyed hiking, canoeing, fishing and bow hunting for deer.
But those activities had to be squeezed in when he wasn’t defending his country.
Smith, 31, of Marion, Ohio, joined the Army in 1997 and had served tours in Afghanistan, Iraq and Bosnia. He died in combat Sept. 8 after the vehicle he was in was bombed in Baji, Iraq. 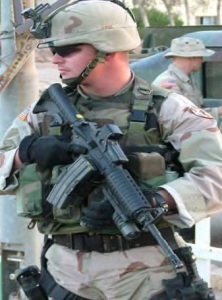 “He talked about Shannon all the time and about what a great a guy he was,” Latto said. “He was a good friend who showed him the ropes.”
Smith was a 1997 graduate of Marion Harding High School, where he excelled in wrestling.
He and his wife, Cassie, liked to spend time sightseeing and photographing Alaska when they could find the time.
Smith also leaves behind a son.