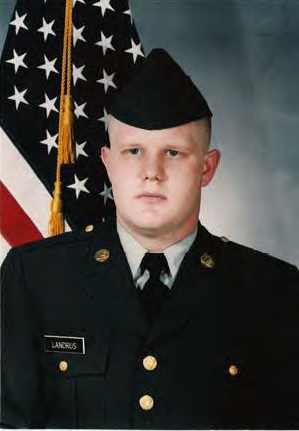 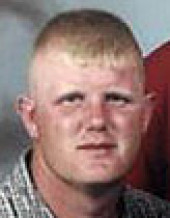 Sean G. Landrus hated being behind a desk, so much that he declined an office job to serve in a combat zone.
“Sean died doing what he wanted to do,” said his mother, Betty Landrus. “His wife talked to him the week before he was injured, and she said he sounded the best he had in a long time.”
Staff Sgt. Landrus, 31, of Thompson, Ohio, died Jan. 29 from injuries he suffered when a roadside bomb exploded two days earlier near Khalidiyah, Iraq. He was stationed at Fort Riley, Kan. The youngest of six children, Landrus excelled in football, basketball and track in high school and was known for his competitive spirit.

“He hated to be taken out of a game or anything when he was playing sports. If he got an injury or anything, he’d bug the coach to send him back out there,” his mother said.
Landrus attended Kent State University before enlisting in the Army. He married Chris, his high school sweetheart, in 1995. The couple has three children. “He did like the military life, but he was not planning on re-enlisting because he had a family,” Betty Landrus said.