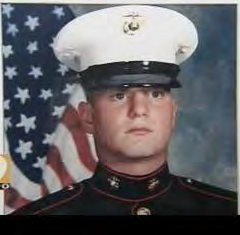 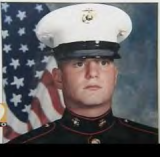 When Rick Pummill was 5 years old, he caught a dolphin bigger than he was during a fishing trip in the Caribbean. “He was a tough kid, and he was a tough adult,” said his uncle, Paul Boland. “I used to bounce him off the walls when he was a baby. He’d throw up and come back for more.” Pummill, 27, of Cincinnati, died Oct. 20 in a roadside blast west of Baghdad. When he was 9, Pummill fired a shotgun for the first time. “He told me, ‘I want to do it again, Uncle Paul!'” said his uncle, Paul Boland. Pummill, who was based at Camp Lejeune, joined the Marines after graduating high school in 1996. He left behind a safe job as a recruiter because he wanted to get involved in the fighting. His childhood friend, John Morgan Jr., carries Pummill’s spare dog tag on his key chain. They met when they were 4 and had been friends ever since. “He was fearless,” Morgan said. “That’s a good word for Rick.” In high school, Pummill wrestled, played football and soccer. Morgan remembers him training by running up and down stairs. “He was so determined,” Morgan said. He is survived by his wife and 3-year-old son.