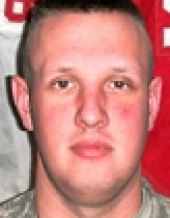 Curtis A. Oakes, 29, of Athens, Ohio graduated from Alexander High School in Albany and from Hocking College in 2002 with degrees in Wildlife Management and in Aquaculture. He was active in Future Farmers of America and the Forestry Club. He was a true character. Always made you laugh.” Betsy Schmidt, friend. “The easiest thing to say about Curtis is that he was going to have a good time no matter what. He was really outgoing and jovial.” Greg Gilders, Industrial Technology teacher, Alexander HS, where Curtis worked in the after-school program.
“His character is something people should emulate. He was just a good guy, and accomplished. I was looking for him to do great things, and he did, just in a different field.” Lloyd Wright, Program Coordinator, Hocking College…
Whywear.com
…The soldier on our bracelets is SSG Curtis Oakes. Curtis and my husband were both stationed in Korea together and 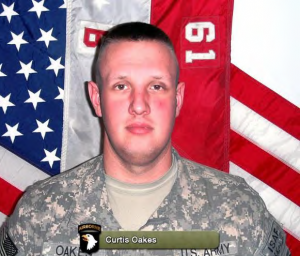 then when they were sent back to the states they were both stationed at Ft. Campbell. I never in all the time that I knew Curt thought that I would be ordering a bracelet with his name on it. He was a dear friend to both my husband and me. He was one of 6 soldiers killed in Afghanistan on November 29, 2010 when an Afghanistan cop turned around and opened fire on them. Curtis was a great friend, father, and husband he treated people like he wanted to be treated. Curtis touched the lives of many people. I don’t think that I ever met anyone that didn’t like Curtis. I feel privileged to have been able to be part of his life, and to have him be part of mine…