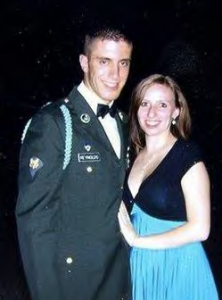 Titus Reynolds was the neighborhood helper and organizer — and a pretty good-looking one at that.
His father, Rod Reynolds, recalled many waitresses giving his son their phone numbers when the family would go out to eat.
“It happened many times,” the elder Reynolds said.
Childhood friend Emil Davitian, 25, recalled that Reynolds’ home was the hotspot for get-togethers among friends, typically planned by Reynolds.
“We would get together and have video game tournaments,” he said. “The Sony PlayStation was at my house, and the Nintendo 64 was at his.”
Reynolds could also often be seen helping neighbors haul groceries inside, or playing electric guitar and bass for his church band.
“Titus would do anything for you,” said neighbor Sheryl Sycks. “He was nice and mannerly, such a sweet kid.”