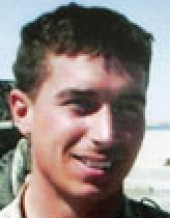 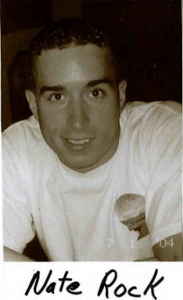 … “He was very proud to be a Marine,” said his mother, Adriana Rock. She did not know details of her son’s death. Rock joined the Marines, after graduating from Toronto High School, in 1997, and served for six years, his mother said. He then joined the reserves, and had been serving in Iraq, since March.

Rock was a part-time police officer, in Martins Ferry, along with his brother, Jared, Adriana Rock said.

The Martins Ferry police chief said Rock was a respected officer who performed his job well. “He was a young police officer that took a vested interest in

everyone, and especially his work. He was here at every opportunity and I especially liked him,” Chief Barry Carpenter said.

Rock said she last spoke to her son about two weeks  ago, before he left on a mission. He had sent an e-mail to his brother in the last few days.

She said her son loved hunting and fishing. He was scheduled to return home in October. “He told me he’d be home for hunting season,” she said.