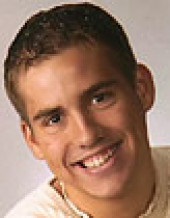 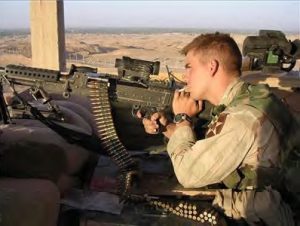 …”He was very brave. I am very proud of him. His family loved him. We all did,” Murphy said. She said her fiance was “wonderful, funny, never angry and always smiling.”
They last talked on Saturday, May 7. “He was excited. He had been on guard duty in a tower, but he was excited because he was going to be doing house raids.”
Murphy said Messmer’s tour of duty in Iraq was to have ended on July 24, his birthday. She and his family were hoping he would be home soon after that.
Murphy said Messmer’s enlistment in the Army was to have ended on Sept. 18, 2006.
After that, “We had so many plans,” Murphy said.
He was always thinking of the future, she said. When they talked, sometimes he wanted to buy a truck, sometimes to buy a motorcycle.
“He wanted to be a firefighter, he wanted to be a cop, he wanted to own his own lawn-care service. He wanted to be so many things. Now he can’t.”…