By Lila de Tantillo / Courtesy of the Washington Post… 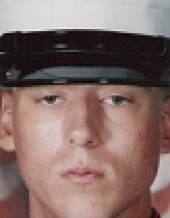 “When we get the call to go, we don’t have any choice in the matter,” said Bill Ballestero, Eckfield’s uncle, who served in the Marines at Guantanamo Bay, Cuba. Eckfield’s late grandfather fought as a Marine in World War II and Korea, and a cousin is a Marine…
Eckfield was born in Medina, Ohio, and grew up mostly in Cleveland. He was on the small side before he had a growth spurt as a teenager that put him well over 6 feet, his uncle said. “It was like you had put him on a springboard and stretched him out,” Ballestero said. “One day, he woke up and he had shot up.”
Eckfield attended Cleveland’s John Marshall High School, where he had above-average test scores and excellent behavior, said Gene Zuckerman, a vice principal. He said faculty members — proud of Eckfield’s accomplishments as a Marine and delighted to see the polite man during a recent leave — were devastated by the loss.
Eckfield dropped out of Marshall his senior year. Ballestero said that Eckfield later realized that his lack of a diploma would keep him from joining the Marines. So Eckfield attended night school while working at a fast-food restaurant and doing such odd jobs as mowing lawns. He completed his general equivalency diploma at Cleveland Christian Academy.
He soon was on his way to Marine boot camp at Parris Island, S.C. The family drove down to celebrate his graduation.
Although Eckfield completed two tours of duty in the Middle East, he expressed concern about returning while home on leave in September. He told his mother that if he was killed in Iraq, he wanted to be buried at Arlington.
Steve Dever, a longtime friend of the Taylors’, said the family never questioned Eckfield’s sense of responsibility to serve in Iraq. Dever said that when Eckfield’s body arrived Thursday at Cleveland Hopkins International Airport, activity in the facility came to a standstill. Baggage handlers halted their duties and passengers watched from the windows as a Marine honor guard brought the coffin from the airplane to the police-escorted motorcade. “I’m glad to see he’s getting a hero’s funeral,” Dever said.