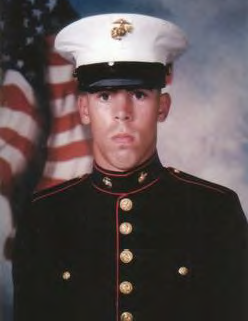 Staff writer Kristen Blackwood was driving home Friday when she checked her voice messages and discovered that her mother had left her one to call immediately. When Blackwood called back, she was devastated by the news her mother had to share. Lance Cpl. Daniel McVicker, a friend and fellow 2003 graduate from West Branch High School near Alliance, had been killed Thursday when a roadside bomb hit the Humvee he was driving in western Iraq. “I couldn’t believe something like that would happen to him. He was 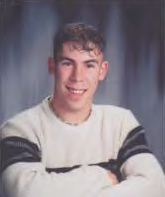 always so fun, friendly and nice to everyone,” said Blackwood, 20. “What I’ll remember most is that it seemed like he was always smiling and really great to be around.” McVicker, 20, of Alliance, had joined the Marines shortly after graduating from high school as a way of doing his part to serve America in the wake of the Sept. 11, 2001, terrorist attacks, according to his father, Mark McVicker, who was quoted in an Associated Press story. “He truly felt like he wasn’t contributing unless he was over there,” Mark McVicker said. McVicker’s father said the last e-mail he received from his son indicated that he would be involved in a major military operation and probably would not be able to contact his family in October. ..

Blackwood said Daniel McVicker was involved in school activities, and was one of the school mascots, a warrior chief. She became a friend while performing with McVicker in the high school show choir and various musicals. “I have a lot of pictures from the musicals we did in high school, and it’s real upsetting to look at them,” …