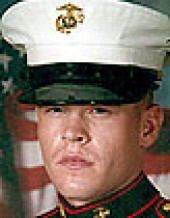 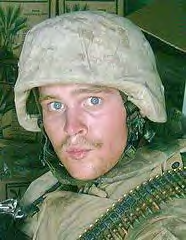 Marine Lance Corporal Christopher Dyer would have said: “It has been with the greatest pride I have served … fighting to preserve freedom.” He would encourage everyone to continue supporting the troops in the war against terrorism. Relatives said he chose the Marines as a way to serve his country and challenge himself. He loved the Marines. Christopher was a citizen of Evendale, a suburb of Cincinnati, Ohio. 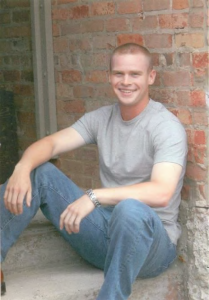 Friends and family note that Chris was a kind and service-minded young man. He was a college-bound honor student who had a lifelong interest in the military. “He saw this as just another way to measure himself, another test,” said his father, John Dyer. “Chris didn’t want to be less than the best at anything.”

The death of Lance Corporal Christopher J. Dyer, 19, did not stop his sister, Sarah, from wanting to follow in his footprints and become a Marine. She had already decided to join the military. When the 17-year-old Princeton High School student learned of her brother’s death, she said, she was in the process of applying for appointments to the U.S. Naval Academy or the United States Military Academy at West Point. His death made her more determined than ever to become a Marine to honor her brother…