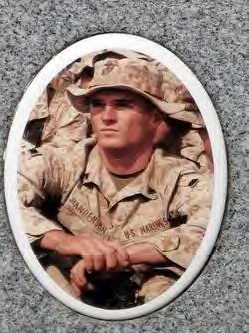 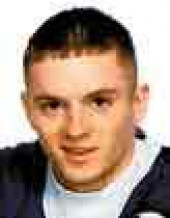 …Cpl. Anderson was born in Zanesville, Ohio May 22, 1982 to Mary M. (Anderson) Shaw and Richard Anderson. He grew up in Apple Valley of Howard, Ohio. Nathan “Nate” attended East Knox Schools and graduated in 2001. As a kid growing up, Nate enjoyed hunting, fishing, snowboarding and bull riding. From the time Nate was 10 years old, he had a dream of becoming a Marine and realized that dream in June of 2001, immediately following his graduation from high school. Over the following years his training took him to eleven different countries and he was deployed on his final mission to Iraq in 2004.
His family recalls the pride that Nathan displayed as a result of serving his country and his drive to be the best Marine and son he could be. Nathan once told his family that a “thank you” coming from another human being that did not even share the same language, made it all worthwhile…