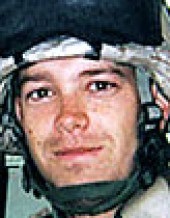 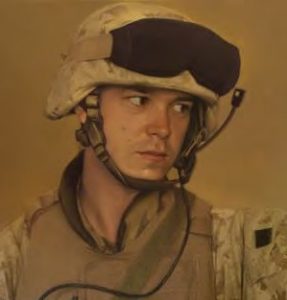 Long before the military ever sent David Kenneth J. Kreuter overseas, there was a Boy Scout in love with the outdoors.
“The first time we went away to camp, he was all fired up because his parents had given him a hammock,” said Greg Kluener, a friend. “He slept outside in the hammock all week instead of in the tent.”
Kreuter, 26, o

f Cincinnati, was killed Aug. 3 by a roadside bomb south of Hadithahh, Iraq. He was assigned to Columbus.

Another friend, Eric Wiete, remembers Kreuter as a skinny kid with hair full of gel. He was “the goofball, always the funny guy,” Wiete said.
“That’s how David would want people to remember him,” he said.
“You couldn’t help but think he was hilarious.”

The 1997 high school graduate joined the reserves in 1998. He attended Ohio University and earned his bachelor’s degree in criminal justice in 2004 from the University of Cincinnati.