The History of Runnymede Inc.
(Parent company of WNKO - WHTH) 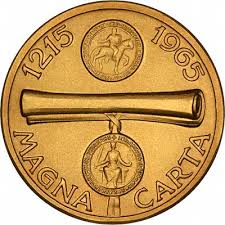 The name "Runnymede" was chosen as the corporate name for the WNKO / WHTH Radio stations for historical reasons. Runnymede was the site of the signing of the Magna Carta in 1215. Runnymede literally translated, means "voice of the people", which is the attitude at which WNKO and WHTH operate today.

Runnymede Inc. was formed in 1968 by several of Newark's
most distinguished and well-known businessmen. They applied for the
license for a local radio station and was on the air in October of 1970
with WHTH AM. Two years later, they were granted a license for a
3000 watt FM station which became WNKO FM.

Although control of the company has changed many times through the
years, it has always been family owned and still retains local ownership
through the Franks family at this time.

What Say the Reeds at Runnymede?
A poem commemorating the signing of Magna Carta
Runnymede, Surrey, June 15, 1215

At Runnymede, at Runnymede,
What say the reeds at Runnymede?
The lissom reeds that give and take,
That bend so far, but never break,
They keep the sleepy Thames awake
With tales of John at Runnymede.

At Runnymede, at Runnymede,
Oh, hear the reeds at Runnymede:
'You musn't sell, delay, deny,
A freeman's right or liberty.
It wakes the stubborn Englishry,
We saw 'em roused at Runnymede!

When through our ranks the Barons came,
With little thought of praise or blame,
But resolute to play the game,
They lumbered up to Runnymede;
And there they launched in solid line
The first attack on Right Divine,
The curt uncompromising "Sign!'
They settled John at Runnymede.

At Runnymede, at Runnymede,
Your rights were won at Runnymede!
No freeman shall be fined or bound,
Or dispossessed of freehold ground,
Except by lawful judgment found
And passed upon him by his peers.
Forget not, after all these years,
The Charter signed at Runnymede.'

And still when mob or Monarch lays
Too rude a hand on English ways,
The whisper wakes, the shudder plays,
Across the reeds at Runnymede.
And Thames, that knows the moods of kings,
And crowds and priests and suchlike things,
Rolls deep and dreadful as he brings
Their warning down from Runnymede!