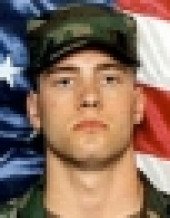 By Reid Forgrave, The Cincinnati Enquirer… 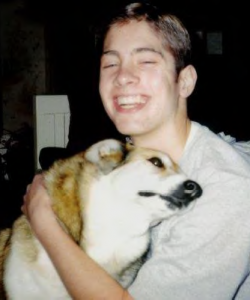 …Matt Maupin joined the Army Reserve in 2002 to help pay for college. It was a snap decision, said Rob Lindley, a boyhood friend who enlisted with Maupin under the “buddy program,” which allows friends to enter and serve together. They talked about it one weekend, he said, and joined the following week.
Lindley never made it to Iraq because of a heart condition that ultimately led to him being medically discharged. It was Lindley who steered Maupin toward becoming an Army truck driver. He said had they both known just how hairy the job could be in a combat zone, they may have opted for another gig.
“That’s what bothers me,” said Lindley, who got married last fall. “My actions affected his actions.”
Lindley noticed a change in Maupin as time went on and his deployment to Iraq neared. Earning money for college remained a core objective for Maupin, who was interested in sports medicine and nutrition, but Lindley said his friend seemed more patriotic and purposeful. He was anxious, too.
“Matt was excited — and scared,” Lindley said.
In characterizing his friend, Lindley alternately called him a geek, sporty and a teddy bear. He remembers how scrawny Maupin was in elementary school and how he was teased for wearing glasses with super-thick lenses. In middle school, Maupin got into rowing and the sport transformed him, adding muscle and bulk to an already growing body. He played football in high school but wasn’t a regular. Still, he faithfully attended every practice.
Maupin’s first car was a rusty, sun-faded, red 1983 Chevy Nova. His father called it “a piece of junk.” Maupin, according to Lindley, came to view the car as “a stigma he’d never get away from,” even after he acquired a nifty, five-speed Ford Mustang that his younger brother, Micah, coveted.
The teen who became a man and then a soldier never really got over his inherent shyness. Soldiers in Maupin’s unit, the 724th Transportation Company, also spoke of his quiet nature. Lindley said that shyness was amplified when his friend was in the presence of girls. He dated, but it was never a central element in his life.
Then, two weeks before he deployed to Iraq, Maupin met a girl named Amy, and Lindley could tell his friend was smitten like never before.
On the day the Army announced that Maupin was captured, Lindley and a few close friends gathered at Carolyn Maupin’s house. They sat in Matt’s room for several hours, all six of them, including Keith Maupin, and tried to make sense of the unthinkable. There were, recalled Lindley, extended periods when no one said a thing.
“For the rest of our lives, when we look at his picture, he’s never going to get any older, and we are,” Lindley said. “The reality of that is heavy, very heavy.”