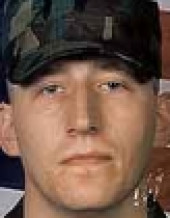 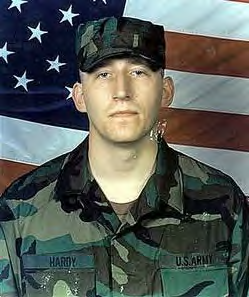 …He graduated from Timken High School in Canton in 2000. He had dropped out of school, but decided to go back and get his diploma, his father said. “He was real proud he did that,” he said…
…Hardy’s father owns about six acres of land. One of his son’s favorite pastimes was riding his dirt bike on it. “He was all over the place,” his father said. “The other thing was barbecue. Every time he came home, I had to have a barbecue. He said it beat the hell out of MREs (meals ready to eat, which replaced C-rations). He said there was nothing like a home-cooked meal.”…