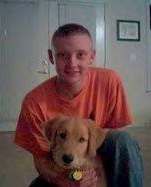 IRONTON, Ohio — An Ohio soldier who was saving money to study forensic pathology was buried in his hometown Wednesday after he was killed in Iraq.

Friends recalled Army Spec. David Ford, 20, as a proud soldier who always smiled and treated his friends like family. He was killed Sept. 16, six days after his birthday, when a bomb detonated near his tank.

At his funeral, Brig. Gen. John C. Bartley read a statement from Ford’s commander in Iraq.

“When I saw him, I thought to myself, ‘My goodness, this soldier looks so young,’ but as time went by I saw him mature from a boy into a man,” Bartley said, reading from the letter. “Watching him grow amazed me. As first gunner I could see he was nervous, but before I knew it, he was standing before me grinning from ear to ear.”

Ford, whose father was in the military and whose brother also serves in the Army, was proud to be a soldier, relatives said.

“He paid the ultimate sacrifice for his country,” friend John Dawson, a former Marine, said at visitation Tuesday. “I’m here out of respect for him, to honor him.”

Family and friends gathered at a small cemetery after the funeral Wednesday. Bartley dropped to one knee and presented the flag from Ford’s casket to his mother, Violet.

The Rev. Roger Pierce, who had been Ford’s pastor for about 14 years, said Ford had a smile for everyone.

“He was just a good boy and a quiet kid, never had a whole lot to say, you had to pump him to get conversation out of him. I’ll remember him as that grinning little boy,” Pierce said.

Ford graduated from Ironton High School in 2003. The school will honor him before its football game Friday evening.

Obituary from the Patriot-News

Former classmate Rebecca Dingus considered David H. Ford IV a friend and an example of human courage. “He was 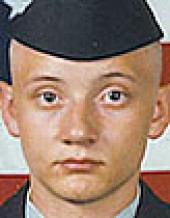 wonderful, such a strong person,” she said. “He had been through so much. He lost his father at a young age. His house burned down our senior year, but he kept going. He had such a big heart.” Ford, 20, of Ironton, Ohio, was killed Sept. 16 by a roadside bomb in Baghdad. A 2003 high school graduate, he was assigned to Fort Stewart. “My son was my son. I don’t like to put the ‘hero’ line to someone,” said his mother, Violet Ford. “He was my pride and joy. We are just average people, no better or worse than anyone else.” Ford intended to go to college after his military service was completed. “He was interested in forensic science,” said Ford’s cousin, J.P. Harris. “He wanted to get into ‘CSI’-type of investigations.” Ford and his older brother Army Cpl. Ray Ford followed their late father, David Ford III, into the military. “He was a nice young man,” said his brother. “He was a typical little brother _ he liked to fight a lot. He liked to do stupid things, run around and have fun.” .Published online on September 21, 2005