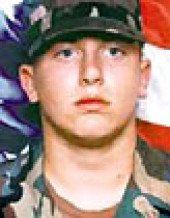 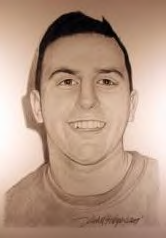 FOWLER, Ohio — A soldier from northeast Ohio was killed in Iraq when an improvised explosive device detonated beneath the armored vehicle he was driving, his father said.
Army Sgt. Robert Carr, 22, died early March 13, his father, Jeffrey Carr, said March 14.
He was expected home on leave to celebrate his April 10 wedding anniversary with wife Nina. She received word of her husband’s death while at her father-in-law’s home in Fowler, 15 miles north of Youngstown.
“I was here by myself, and two soldiers came in full dress uniform. As soon as I saw them in uniform, I knew. It was like my worst nightmare coming true,” she said.
She said she spent hours each day sending instant e-mail messages to her husband, who was serving his second tour in Iraq.
“Every time he went out, I said, ‘Be safe,’ and he said ‘I will,’ and we always said ‘I love you.’ Then he said he will call when he got back from his mission,” she said.
Carr graduated from Champion High School in May 2002 and left for basic training two days later. Carr’s older brother, Matthew, had joined the Army earlier.
“He wanted to be a career soldier,” said his mother, Christine Wortman. “He wanted to join for 20 years. I told him we should start at four years and go from there.”
Matthew Carr, who has been wounded in Iraq and Afghanistan and now is stationed at Fort Drum, N.Y., said he initially did not want his younger brother to enlist.
“I was just coming back from a tour in Iraq and didn’t want to see any of my relatives go and see what I had seen and experienced. But he was hardheaded and did what he wanted.”