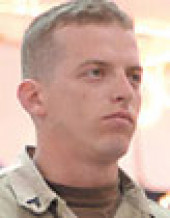 “The hours. I was counting the hours,” his mother, Pam Lindsay, of Gillette, said. “We had that close call and we really felt the opportunity had knocked and he had escaped.” Lindsay had thought it would only be a matter of weeks before her son would be in the Big Horn Mountains, covering acre after acre of forest on a four-wheeler. They had planned the trip months ago, long before Schamberg left in January for his second tour in Iraq. When he returned, he wanted to visit his brother in Denver. Then he was going to come to Gillette and visit the mountains he fell in love with during several previous visits to Wyoming. He has spent a summer in Gillette working as a lifeguard at the Campbell County pool and living with his aunt, Cindy Schamberg. He even had talked about buying property and moving to northeast Wyoming when his obligation to the Army ended in April 2006, his mother said. 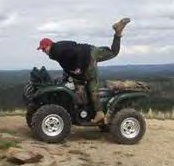 Schamberg, 26, was born and raised in Orwell, Ohio, and enlisted in the Army in April 2003. He was awarded the Purple Heart on April 12 for his leg injury.
He believed in the Army’s mission in Iraq, even though two weeks earlier two others in his squad were killed, said Lindsay, who learned of her son’s death on Friday. “I would have supported him anyway,” she said.
Obituary from The Plain Dealer
…Kurt loved life, he loved to draw and paint, he enjoyed sports, especially the Pittsburgh Steelers, politics, being with family and friends and having a good time with all. He really enjoyed making home movies with his siblings and friends. He had been documenting his unit’s tour of duty in Iraq. He believed in their mission and helping the people of Iraq and wanted us all to know we must support and believe in our troops…