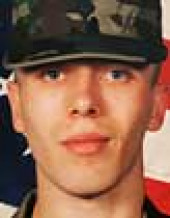 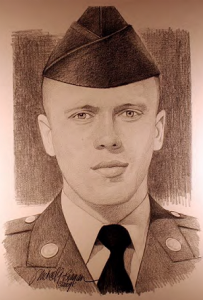 Jeremy D. Barnett gave his life for his country. Then he gave his heart. Barnett’s life support was removed Feb. 24 in Germany. His heart was donated to a 51-year-old person in Europe. Barnett, 27, of Mineral City, Ohio, sustained severe wounds Feb. 21 from a land mine in Ad-Dujayl. He graduated high school in 2000 and was assigned to Fort Hood. “I’m proud of my son,” said his mother, Michele Barnett. “He gave his life twice. He did what a lot of us would never have enough guts to do, and he did it well.” Barnett signed up to join the Navy and went in right after graduation. “He spent four years on the aircraft carrier USS George Washington and said he’d seen enough ocean,” said his father, David Barnett. Six months after getting out of the Navy, Jeremy went into the Army. His father said his son volunteered for the patrol that resulted in his death. “It was his day off, but he volunteered, even though I’d told him not to before he left,” he said. “He was a good kid.” He also is survived by his wife, Stephanie. “He is more of a man than I will ever meet the rest of my life,” his mother said.