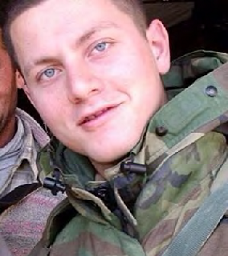 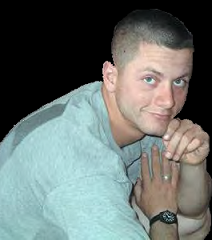 While in Iraq, Gary “Andy” Eckert Jr. asked female soldiers to show him how to braid hair so he would be able to handle his daughter’s when he returned home. “We’re never going to let his children forget who their daddy was,” said Bret Howland, who said he thought of Eckert as a son. “That’s the goal from now on: to keep the spirit alive of Andy Eckert.” Eckert, 24, of Toledo, Ohio, was killed May 8 after an explosive detonated near his vehicle in Samarra. The reservist was based in Monclova, Ohio. He is survived by his wife, Tiphany, daughter, Marlee, almost 2, and newborn son, Miles. Eckert grew up in Whitehouse, Ohio, and graduated from high school there. Although he was a huge University of Michigan fan, he spent afternoons cheering for the Ohio State Buckeyes with his friends. In his first tour in Iraq, Eckert sustained injuries for which 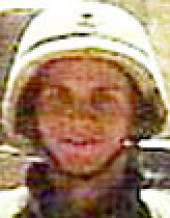 he received the Purple Heart. “Andy didn’t have to go back to war. He came back a Purple Heart recipient,” said Brig. Gen. Michael Beasley. “He was someone who taught us a whole lot about wearing a uniform, about being a father, about being a husband, and about being an American.”