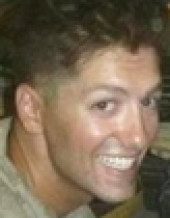 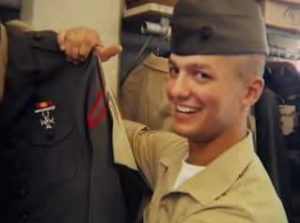 PERRY TWP. — U.S. Marine Corps Sgt. Daniel J. Patron, 26, was killed trying to defuse a roadside bomb at 11:19 a.m. Saturday in Sangin, Afghanistan, in Helmand province.
His parents described him as “selfless, brave and gutsy.”
“Funny, handsome, very, very well liked,” said mother Kathy Patron, her voice quivering. “He was a fine man. He had a beautiful smile. … Everyone who knew him liked

him. He was just such a nice kid. He was a good kid, a good man. He is my hero.”
A 2003 Perry High School graduate, Patron is the son of Kathy and Frank Patron, and younger brother of Matthew Patron. He was married to Cody (Drace) Patron for nearly two years. The couple was stationed at Camp Lejeune in Jacksonville, N.C. …
Patron played football at Edison Junior High. In high school, he was in the marching band, theater, select choir, and a member of the speech and debate team, which his mother coached.
He loved to help rescue stray dogs. He and his wife owned two — Beefy and Monster — and Patron cared for a third, a bomb-sniffing dog named Boomer, while in Afghanistan.
Patron and his wife planned to start a family when his service ended.
“He very, very much wanted a family,” Kathy said, sobbing. “They’ve got names for kids. It didn’t happen before he left, so they were going to try when he got home.”…