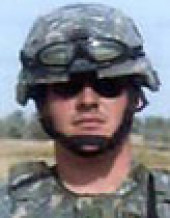 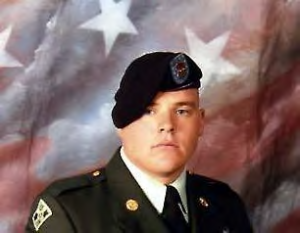 So…I’ve been really curious about one of my friends…I mean, he’s over in Iraq and I haven’t heard from him since June…and I found out he was killed over there. We weren’t exactly CLOSE friends…but we joked around all the time about how we were gonna hook up…he’s a big Irish guy…my favorite kind. Our last conversation was two days before he was killed. We were joking about how all these married guys seem to hit on me…he then asked if I was going to come visit him when he got back in the States…I said ‘Maybe,’ and he responded, ‘I could get married if that’s what you like.’ I know a shit-ton of people in the military, many serving now in Iraq or Afghanistan. I was fortunate enough, until now, to not have to feel that pain of losing someone to this war. Ben was a good guy…always made me smile…Looking through our old messages, I asked him once how things were…his response? ‘Its ok…..I’m not dead so thats a plus.’ Every time I talked about how Michigan sucked, he said it was because I missed him so much…told me to be strong…lol…Also told me not to join the Marines or Army…go Air Force…told me I wouldn’t like him anymore if I became a Jarhead. I’m sitting here crying and laughing as I read over our old conversations…he was such a dork…He was stationed at Ft. Hood with the 4ID, and I had told him I might be getting a job down with the Border Patrol in Corpus Christi…”You hand cuff me? I’ll put on a straw hat. Ever seen a red headed, white Mexican?” I called him a dork and he called me a gringo…
…I don’t know. It’s just sad. I always told him to stay safe, and he always told me he would. *sigh* I don’t even know the proper response to all this…
Talking to my friend Sean…a Marine…told him about Ben…told him I didn’t know how to feel…it’s new to me…so he told me, “Feel proud, you know someone who gave the ultimate sacrifice to give those people the same type of freedom that we have, he did a great thing.”
Ben…I’m proud of you. I’m proud of everything you did…of everything you were…I’m proud to have known you. If there is a heaven, I’m sure you’re there.