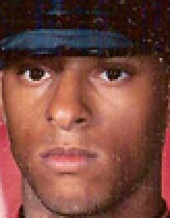 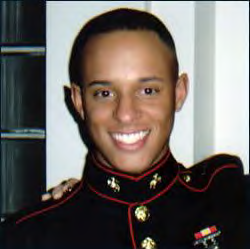 PVT Heath D. Warner, age 19, of Canton, died at Alanbar Province in Haqlaniya, Iraq on Wednesday, November 22, 2006. He was born on Friday, January 2, 1987, in Massillon, and was a life resident of Canton. He was a 2005 graduate of McKinley High School. He had been a boy scout and taught breakdancing at Living Fountain Dance Company. He enjoyed reading, martial arts and taught himself Japanese and Arabic. Following high school, Heath attended Parris Island Training Depot and Camp Geier N.C. where he became a gunner with the U.S. Marine Corp. He had been serving in Iraq since Sept 11, 2006. 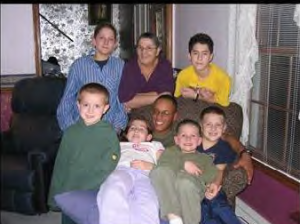 When Heath Warner was 12, he visited Arlington National Cemetery with his family. Standing at attention, Heath saluted a member of the honor guard at the Tomb of the Unknowns. The guard gave the boy a subtle hint, a slight wink, letting Heath know that he understood what the boy was feeling at the historic site.

Soon, Marine Private Heath D. Warner, 19, returned to Arlington National Cemetery, this time to be buried in the rolling landscape that meant so much to him.
He was a wonderful son and will be sadly missed by his parents, Scott and Melissa.