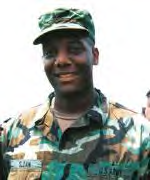 — USA Today and The Associated Press

Barely a year ago, Brandon Sloan, 19, of Bedford Heights, Ohio, traded his Bearcats football jersey for an Army mechanic’s coveralls. He left high school his senior year to join the Army. 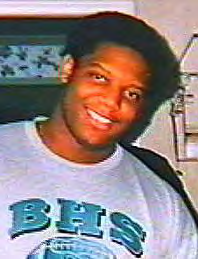 “He didn’t drop out. He withdrew,” said his father, the Rev. Tandy Sloan. “His thinking to join the Army was altruistic in the sense that he was bettering his own self while serving his country. He was very much committed to the cause of country.”
Sloan was a big guy, happy-go-lucky and loyal to a fault. Tony Tucker, a former classmate and senior at Bedford High, described him as “a kind, sweet person” and “a cool person to be around, but kind of quiet.”
Sloan, who grew up in suburban Cleveland, moved in with his mother in Fraser, Mich., outside Detroit, after leaving school.
His mother, Kimberly Sloan, said, “I’m extremely proud of him for fighting for our country.”