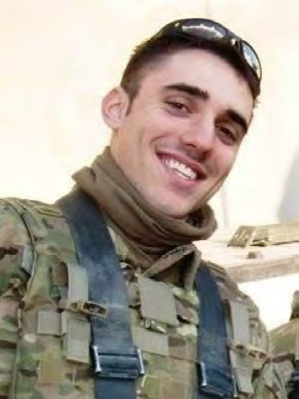 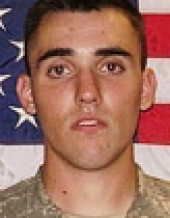 It was not so long ago that 21-year-old Pfc. Zachary Salmon wore a huge, bright smile as he posed in a July photo with his beaming mother, Renee Lyons Cross, during Family Weekend at Fort Knox, Ky.
Nearer still are conversations with family and friends via Skype and Facebook about the raw beauty of the Afghanistan countryside — minus the guns and the Taliban — said his aunt, Christine Craig of Southeast Indiana. ..
“The best word to describe him was vibrant,” his aunt said Jan. 13. “The most mundane thing, he made fun.”
She said Salmon joined the military because “he wanted to better himself and give his 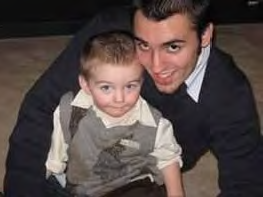 son something to be proud of.”
Salmon’s 3-year-old son, Noah, lives with his mother in Pigeon Forge, Tenn., where Salmon graduated high school, Craig said.
Craig said her nephew expressed his pleasure in the Army and was considering it as a career.
A member of the 101st Airborne Division based at Fort Campbell, Ky., Salmon was a cavalry scout and very proud of it, Craig said…