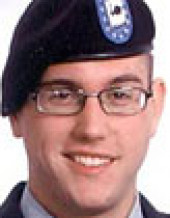 Mr. Speaker, I rise today to honor the life of a brave young soldier and one of America’s fallen heroes, Army Specialist Christian M. Neff.
Chris attended middle and high school in the Shawnee District before graduating from the Apollo Career Center in Lima, Ohio. He’s remembered by many as a quiet man, but one with the ability to make people smile; someone who earned people’s respect and led by example. 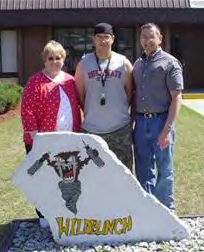 Christian Neff died on Wednesday, September 19 in Iraq while serving America in Operation Iraqi Freedom. Age 19, he is survived by a loving family and friends in Allen County and beyond.
In reading of Christian’s life and speaking with his mother, I was touched by the dramatic impact he had on the lives of so many.
A young man of deep faith, Chris stood up and volunteered to serve his country. He fought to promote freedom. He gave his life in defense of his family, his community, his State and his Nation. For this, each and every American owes him and his family a great debt of gratitude.
Christian will be deeply missed. But the strength of his character and the courage he demonstrated through his service will live on.