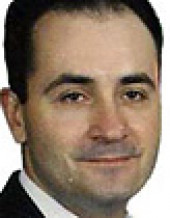 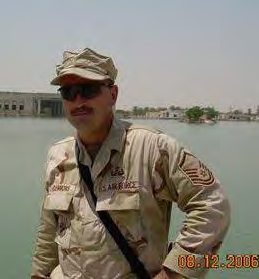 …The walls of Haller Funeral Home were covered with flowers and many of the awards Clemmons had earned since he enlisted in 1987.
All around were pictures of him: as a young, baby-faced Southeastern High School grad; as a more muscular, experienced airman; and as an involved, caring father.
The last time Rebecca spoke with Brad was August 17, 2006, by phone. She told him he was going to be a father for the fourth time.
Rebecca said yesterday that she’s heard many stories from friends Brad served with — mostly about her.
“I have learned a lot since he died, about how he knew right away that I was the one and how much he loved me,” she said.
Rebecca stopped and looked away for a moment. “It does help, but it doesn’t lessen the pain.”
F. Douglas Hudson is a pastor in Ramstein, Germany, where Brad was stationed at one point. He came to know the couple well and baptized their daughter.
Hudson, also a reserve military chaplain, said he always was impressed with Brad’s wit and his knowledge of the world around him, as well as his devotion to his family.
“He was always talking about training the soldiers and getting them prepared for the worst-case scenario,” he said. “If there’s one thing I can say about Brad, I’m not sure if he was afraid of anything.”
Pamela Clemmons, Brad’s mother, said her son discovered his love of the Air Force as a child, and she watched as he meticulously worked his way up to master sergeant. ..