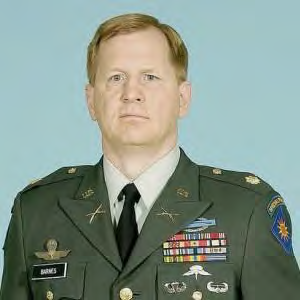 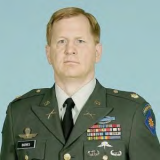 Major Rocco M. Barnes was supposed to be back home in Los Angeles this summer at the end of his 4th overseas tour with the California Army National Guard. But the 51-year-old entertainment company executive was killed June 4th in Afghanistan…
An Ohio native selected for the elite Special Forces, he served 2 tours in Iraq and 2 in Afghanistan. Friends say he was driven by his passion for both the military and the movie business. “He loved Hollywood, but always stick to his military guns,” said Nina Ratterree, an actress and longtime friend. Some people join to get a paycheck and some to go to college, but he was a true, old-fashioned soldier,” she said. “He did it for his country.”
Barnes was chief operating officer for Fishman Productions, a company based at the studios of Paramount Pictures. He wrote the screenplay for an action film called “Trajectory,” which is to go into production next year, according to Jeff Fishman, the company’s chief executive.
“He was a huge hero,” said his friend and collaborator Kent Moyer. “But he was very low-key. He never bragged about himself. That’s just the kind of person he was, “Moyer said. He was always there for you.”
As a young man, Barnes worked as a coal miner before getting into the security field. He provided security for Schwarzenegger on the sets of “True Lies” and Collateral Damage,” and was head of West Coast operations for the security Company Vance International before beginning his career in entertainment.
A fitness buff, Barnes studied such martial arts as krav mega, an Israeli self-defense discipline.
Although he was quiet about his military activities, friends said, Barnes was in the thick of combat. About 2 weeks before his death, he was part of a team that cleared the way for the landing of a helicopter that airlifted a burned, 22 month-old Afghan boy to emergency care…