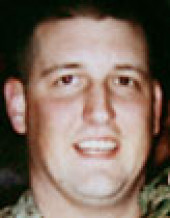 Eric Montgomery always pictured himself coming home from war arm-in-arm with his big brother, Brian. Brian was Eric’s idol, his boyhood protector and his bunk mate in the Iraqi desert. The two did fly home together but it was not the way either wanted. Brian Montgomery, 26, of Willoughby, Ohio, was shot dead Aug. 1 outside Hadithah, Iraq. He was based at Brook Park. “Thank you, Brian, for bringing me home,” Eric said at Brian’s funeral. “That’s all that mattered to you.”
Paul Montgomery said his son had always put others before himself. Brian was suspended in high school 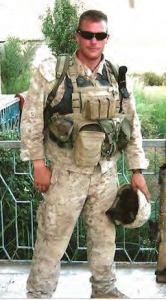 for fighting after he defended a girl who had been slapped by a boy. The shock of the 2001 terror attacks prompted him to join the Marine Corps Reserves. “Brian had a deep conviction that he needed to protect his country,” his father said.
A 1998 high school graduate, Brian also is survived by his wife, Pamela, and son, Alexander, who turned age 1 two days after his father’s death.
To honor his brother, Eric said he will get a tattoo with a message Brian had always intended for his own body: “Never Left. Never Forgotten.”