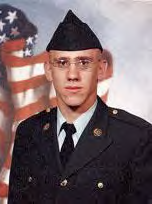 Keith V. Nepsa was known for changing his hair on a whim _ at one point dying it blue and another time putting braids in it. Close friends said it represented the kind of person Nepsa was: fun to be around and outgoing. “The one thing I’m going to miss about him is his laugh,” Casey Webber said. “He could be in a crowd of 1,000 people, and you could tell him apart by his laugh.” Nepsa, 21, of New Philadelphia, Ohio, was killed by a roadside bomb June 2 near Qayyarah. He was a 2003 high school graduate, on his second tour and was assigned to Fort Bliss. Barry Zehnder, a science teacher, said one thing set Nepsa apart from other students: He didn’t allow himself to be boxed into social groups and enjoyed being friends with all students. “With social boundaries of groups in school, there didn’t seem to be a boundary for him,” he said. “He moved in all social circles.” Keith loved to play paintball and work on old cars, especially his 1985 Camaro. His friends said they will finish restoring it. “Hopefully, he’ll be there to help us,” said Curtis Haught.