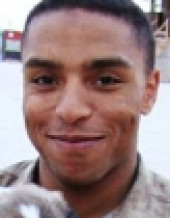 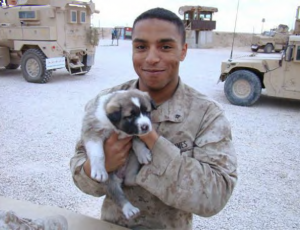 …Ben Peer and Jeff Frisch are both North Side residents who knew Tate since they went to Columbus’ Alpine Elementary School together. “We were in Pee Wee soccer at the Y together,” said Peer, 22.
“He was very vibrant. Always smiling and always cracking jokes.” Frisch, 21, said he remembers going to Tate’s house to play computer games. Frisch said they’d shoot targets with pellet guns in his backyard. “He was into hunting with Dad,” Frisch said. “Honestly, I don’t know of anyone who couldn’t get along with him.”
At the start of his junior year, Tate transferred to Gahanna Christian Academy from Northland High School. There was a period of adjustment to a school with a few more rules, said Paul Hartje, an English teacher at Gahanna Christian. “He was just so buoyant,” Hartje said. Tate soon became popular at the school and a committed Christian, Hartje said. He played soccer, baseball and basketball.
During his senior year, Tate decided to enlist in the Marine Corps. Peer said he thought that Tate’s ultimate goal was a law-enforcement career. “He always pushed himself real hard,” Peer said.
Hartje said that there was no hesitation with Tate’s commitment to the Marines…