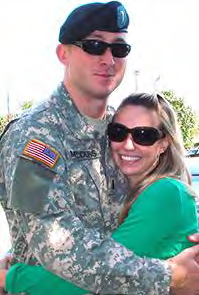 Michael J. Medders was a standout on his high school football squad. The 6-foot-3, 220-pound defensive lineman was All-Ohio and first-team All-Southwestern Conference.
His football coach, Dave Dlugosz, said Medders was equally impressive off the field. “He was kind and caring to the younger players. They could go to him. And he had an outstanding sense of humor,” Dlugosz said.
Medders, 25, of Elyria, Ohio, died Sept. 24 in Jisr Naft of wounds sustained in a suicide bombing. He graduated from Bowling Green State University in 2005 and was assigned to Fort Hood.
In May, he was hit by a roadside bomb near Baghdad and suffered a concussion. He was treated at a field hospital and returned to work. In July, he was promoted to captain.
“He was an awesome, awesome young man,” said Mari Beth Becker, a former neighbor. “He was very respectful and had a great sense of humor. I never heard him say an unkind word — it’s very heartbreaking.”
He also is survived by his parents, Michael and Lynn Medders, and fiancée, Stacey Hrvatin.
“He was always involved in such positive things,” said guidance counselor Linda Broadhurst.